Do I need to go to detox?

Detoxification (detox) is the safe withdrawal from alcohol or drugs. It can be the starting point for a longer-term treatment. Detox is not the whole solution, but only a beginning, and should be followed up with a treatment program. It can be done on an outpatient basis with a physician, or on an inpatient basis for more severe or medically complicated situations. The more severe your systems, the more likely you need to be detoxed.

It is strongly recommended that you seek a medical detoxification treatment if you have a history of withdrawal convulsions, or if you experience any symptoms of delirium tremens (DT’s) such as such as excitability, vivid nightmares, intense anxiety, hallucinations, or delusions. If you think you need medical help contact your physician, or call us at 1-877-399-1993 for information and referrals.

There is a controversy among many experts about whether alcoholics can safely cut down on their drinking (moderation) rather than cutting out alcohol consumption altogether (abstinence).

Recovery is, by definition, a “return to health.” It indicates that action is being taken in a process of learning to overcome behaviors that have been destructive. Some drinkers who have not progressed far in the direction of dependence can return successfully to controlled drinking.

If you have tried to cut down and failed, it is unlikely that controlled drinking is possible for you. Many people with alcoholism hold on to the belief that they can stop or cut down whenever they want to. Also, many recovering alcoholics have relapsed because they believe they can now drink in moderation, and end up failing. Experience shows that those who have failed to achieve moderation should consider trying sobriety as a way to achieve a level of manageability in their lives.

Why is alcohol considered to be a drug?

Alcohol has strong depressive effects on the central nervous system (brain and spinal cord) and on other body processes. Not only is it a drug; it is a particularly potent drug that has toxic effects. It is considered a tranquilizer in the sedative-hypnotic family of drugs. Unfortunately, it’s easy to avoid thinking of alcohol as a drug because it has a long history as a social and recreational drink.

What is a standard “drink?”

Standard drinks are used to measure drinking patterns, and also as a guide to legal requirements such as for driving or boating. Keep in mind that body size and other individual variables have an impact on the effects of drinking.

There is growing evidence that some people do indeed inherit a genetic predisposition toward alcoholism. Such research suggests that body enzymes that metabolize alcohol may be influenced by genetic factors.

Other lines of research have suggested that there are two kinds of genetic predisposition toward alcoholism: Type I is found mostly in males and is associated with early symptoms of excessive alcohol intake. Type I persons have a tendency to get into fights and trouble with the law. Type II, found in both males and females, may often be “triggered” by stressful life events.

What is Fetal Alcohol Syndrome?

When a pregnant woman drinks alcohol, the alcohol is able to cross the placenta and into the bloodstream of the unborn fetus. The presence of alcohol is damaging to the developing fetus, and can cause birth defects, low birth weight, learning disabilities, mental retardation, heart problems, and other medical complications. There is no safe upper limit for drinking during pregnancy; therefore, women are urged not to drink at all during pregnancy or when they think they may be pregnant.

What is Alcoholics Anonymous?

Alcoholics Anonymous (AA) is a self-help organization of men and women dedicated to pursuing recovery from alcoholism. It was founded in 1935 by Dr. Robert Smith and William Wilson. The organization follows the 12-step model that emphasizes reliance on mutual support among alcoholics. A.A. is a worldwide community with many thousands of members comprised mainly of local groups who meet at established places and times.

The traditional distinction between “soft” and “hard” drugs is actually meaningless. All mind-altering, addictive drugs are dangerous in their own way, and the “soft” drugs have ruined, wrecked, and destroyed lives just as surely as the “hard” drugs. For example, alcohol is arguably the most dangerous drug in terms of annual social consequences, and causes damage that ranges beyond the physical damage to the user, in the form of drunk driving injuries and deaths, alcohol-related spousal or child abuse, and more ordinary tragedies like the loss of relationships and careers due to drinking. The distinction between softer vs. harder drugs ignores the important fact that any addictive drug poses significant danger to the addicted person.

This question has been hotly debated for many years. Research suggests that there is evidence of physical dependence and a withdrawal syndrome. Marijuana is certainly associated with psychological addiction. The bottom line is, marijuana has caused physical, interpersonal, and psychological damage to many people who nevertheless find it difficult or impossible to quit.

Is caffeine a drug of abuse?

Caffeine is a central nervous system stimulant found in coffee, tea, colas, chocolate, and other foods and drinks. It is a drug in every definition of the word. Caffeine has its own lethal dosage (150 mg per kilogram of weight for most people, or from 50 to 200 cups of coffee), and intoxication symptoms, including restlessness, nervousness, insomnia, cardiac arrhythmia, rambling speech, and other symptoms. Caffeine is addictive and produces a withdrawal syndrome when discontinued, and should be considered a potential drug of abuse. Caffeine may serve as a target of cross-addiction from other addictive drugs.

How can I get a home drug-testing kit? How do they work?

There are three general types of home-testing kits. The urine-based laboratory-assisted method is considered to be the most reliable and has been approved by the FDA for general use. Urine samples are sent to a laboratory for testing. This method takes a few days and costs around $45.

The hair-based method is not FDA approved and is somewhat more expensive, but manufacturers claim that this method can detect drug use after up to 90 days, although, this claim has been challenged by some researchers.

The urine-based rapid tests generate immediate results from a urine sample. Research has challenged the accuracy of many of these kits, and only one brand has been approved by the FDA. “Non-negative” results must be sent into a laboratory for analysis.

Parents Alert sells home-based alcohol and drug test kits. They can be contacted at:

How can I get additional literature and posters on drugs and alcohol?

The Clearinghouse was established by Congress in order to distribute information to the general public.

Will my responses to the assessments result in some kind of diagnosis?

No. The assessments on this website are for your own personal use. They are designed to help you decide if you need treatment, and what kind of treatment. Self-administered assessments are not adequate for diagnosis. Only appropriately trained clinicians can perform actual diagnostic assessments. For more information you can contact us, tollfree, at 1-877-399-1993. 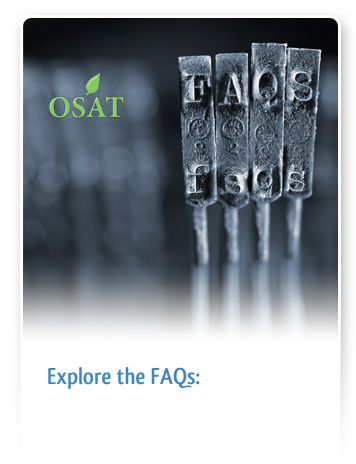